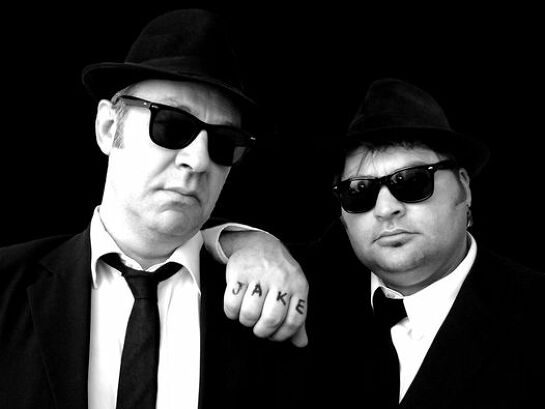 Making up for lost time due to the historical pandemic, MEMO celebrates TWO Anniversaries 40/41 years to the day - celebrating TWO Anniversaries for double the fun! 40 and 41 years ago to the day, MEMO will be screening the film followed by a cracking set from 'Breifcase Full Of Blues" 11 piece Big Band. Best dressed Blues Brothers outfits win a prize. Judged by the band.

Forty years ago (to the day) a film was released and a cult started that changed soul & blues music forever.... Along with John Belushi & Dan Aykroyd, James Brown, Cab Calloway, Aretha Franklin, Ray Charles, and John Lee Hooker, brought to the screen an all singing and dancing classic.

MEMO will be celebrating the 40 year anniversary by screening the film followed by a cracking set by 'Briefcase Full of Blues' 11 piece Big Band. The best dressed will win a prize to be judged by Jake & Elwood.

"There are 106 miles to Chicago, we have a full tank of gas, half a pack of cigarettes, it's dark and we're wearing sunglasses"

After watching the film on the big screen with soundtrack pumping through our house PA, “Briefcase Full of Blues” 11 piece big band will follow performing all the classic hits, PLUS many more of Jake & Elwood's famous songs.

Be sure to dress up and not miss this night of nights. The Blues Brothers "One show only - It's Ladies night tonight"