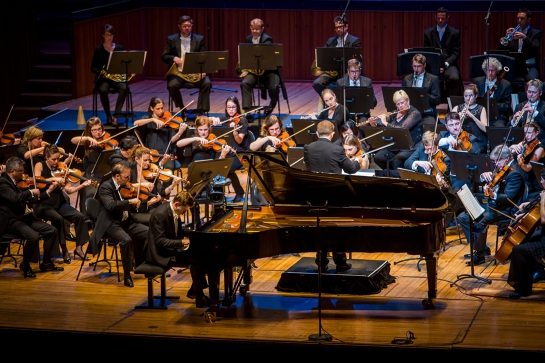 The 12th Sydney International Piano Competition (The Sydney) will be held at the Sydney Town Hall and Sydney Conservatorium of Music.
Thirty-two talented pianists from around the world have been selected to participate in the competition, which will see them compete for a suite of awards and prizes including more than AUD220,000 in cash prizes, international concert engagements, CD recordings and career mentoring.
The competition consists of three stages – preliminaries, semi finals and finals – comprising of 26 competitive rounds, along with a Gala Opening Night concert and the First Prize winner giving their debut performance as the winner.
Held every four years over two and half weeks, The Sydney is internationally recognised as one of the world’s great piano competitions and one that will propel any young artist into the international spotlight.
The Sydney inspires pianists and audiences, stimulates interest in the piano, and provides a platform to showcase outstanding pianists from around the world while assisting in developing their careers.