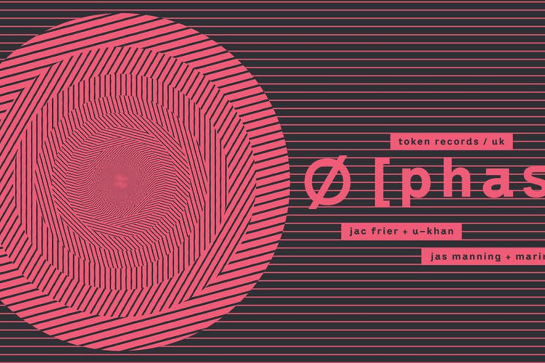 We welcome back one of our favourite techno artists of the last decade. When he came out in 2015, it was nothing short of incredible so we are beyond excited to host him once again, teaming up with local crew Undisclosed.

Since the late 1990s, Ø [Phase] has been an integral part of the UK Techno scene. The London based producer whose style ranges from gritty Minimal Techno to Detroit influenced material is best known by his work on Token Records. Originally a mastering engineer, he began producing as a sideline, releasing his debut ‘Module Overload’ on Steve Bicknell’s Lost/Cosmic Records in 2000.

This was followed by a string of productions for London’s Surface/Inceptive Records and Ben Sims’ Ingoma imprint. After working with Token in 2007, his music progressively earned more and more worldwide recognition – significantly on his 2012 highly acclaimed ‘Binary Opposition’ EP and his 2013 debut LP ‘Frames of Reference’.