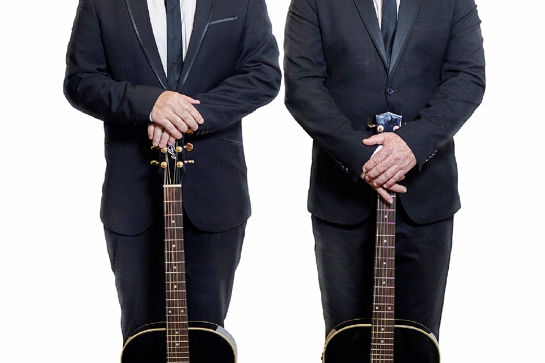 Well don't miss The Robertson Bros 60's Variety Television Show with special guest Simon Brook McLachlan - from the original cast of the hit musical Jersey Boys.
After a massive 2019, the boys are back with a brand new show!
Take a trip down memory lane with this amazing interactive live Television Variety Show featuring the hits from: The Seekers, Bee Gees, Frankie Valli and The Four Seasons, Neil Sedaka and The Everly Brothers!
The Robertson Brothers grew up in a home that appreciated the Variety Television Show. When designing this new live touring show they decided to reinvent the magic and diversity of the old school 1960's Variety Television shows.
With a rockin’ live band and an amazing multimedia presentation, expect to be entertained by many of the Classic Hits from the 60's. Through the prism of the Variety Television show format you'll travel back in time to embrace and celebrate all the hits of these 60's Music Legends.