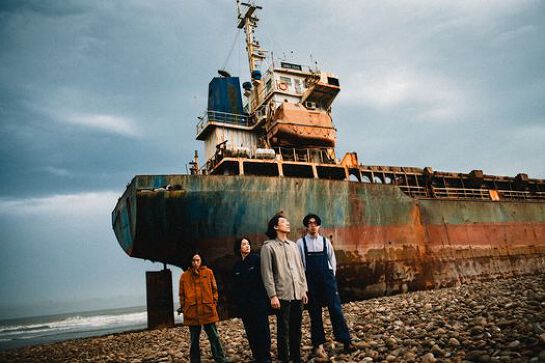 Formed at the Taipei National University of the Arts in 2013, deca Joins began life first as FUBAR (Fucked Up Beyond All Recognition), before changing their name to Gray Dwarf Star, finally settling on current (permanent?) moniker in 2017.

Since the release of their second album, Bathroom, in 2017, deca Joins has quickly gathered hype within the Taiwan indie scene and without. A tour of Asia followed in 2018, after which the band immediately released a new EP, Go Slow. Another tour in support of the new EP was launched, spreading word about deca Joins to new shores.

2019 saw more accolades and accomplishments for deca Joins as the band garnered a Golden Melody Award nomination for Best Music Video for the eponymous single from the Go Slow EP. Capitalizing on their hard-won momentum, deca Joins continued to make 2019 their year as they reissued both the Go Slow EP and the full-length Bathroom on vinyl, and then turned around and further spat in the face of the “slacker” tag with the release of a second EP, When Fog Dissipates.

Let's witness the bright 2020 of deca joins and enjoy their Australian tour together!