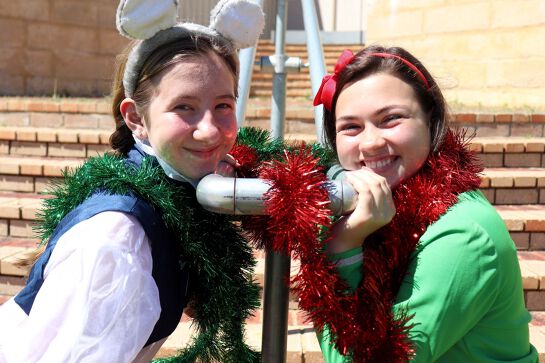 ’Twas The Night Before Christmas

Christmas is coming early this year with Harbour Theatre’s joyful tribute to the holiday season.
Written by Ken Ludwig and directed by Jane Sherwood, "Twas The Night Before Christmas" follows the story of why Santa forgot to visit Emily and her friend Amos the mouse the previous year.
An elf decides to investigate and much mirth, merriment and mayhem unfold as the evil Sir Guy tries to steal Santa’s naughty and nice list.
Ludwig is a US playwright, most famed for the Tony Award-winning farce Lend Me A Tenor.
“It’s a fun, feel-good Christmas show,” Sherwood said.
“When approached by Harbour Theatre to direct a production, I decided I wanted to end the year with Christmas cheer."
“After the way 2020 has turned out, I think that’s even more important.”
Involved with the Perth theatre scene since 2005, Sherwood was a founding member of Phoenix Theatre and has been involved with the Old Mill, Stirling, Black Swan, Rag and Bone, Kwinana and Harbour Theatres, A lad insane productions, ARENAarts and Fringe World.