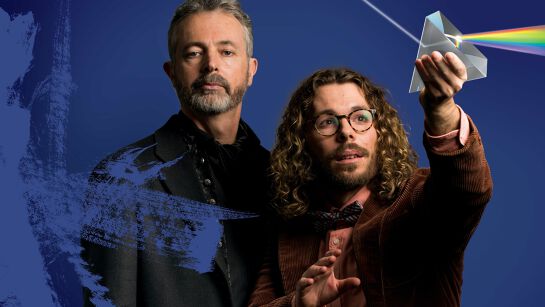 With his trademark wit and sharp observations, David Williamson exposes the abrasive personalities of revered scientific giants – even geniuses are not infallible!
Under the orders of pompous King Charles II (Sean O’Shea, The Rasputin Affair), determined young astronomer Edmund Halley (Rowan Davie) must wrangle the secrets of the universe from the brain of capricious and contrary Newton.
It may be 1684, the Dawn of Enlightenment, but Williamson’s comic re-imagining through a contemporary lens puts the focus firmly on the human tale of rivalry and discovery, of personal trials against a corrupt establishment, of self-doubt versus arrogance, and faith versus reason. Nearer The Gods is a gripping and blackly funny drama about how one of the greatest moments of scientific illumination almost didn’t happen.