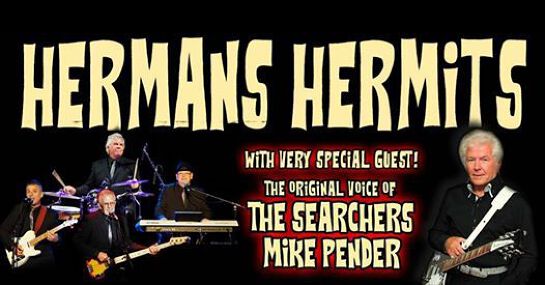 In the 1960’s Herman’s Hermits and The Searchers were two of the biggest music groups to come out of the UK.

In 2020, fans of 60’s music are in for a treat as Herman’s Hermits are bringing original lead singer / guitarist of The Searchers Mike Pender on their Australian tour as a special guest.

The songs of both bands such as ‘Mrs. Brown…, ‘No Milk Today’, ‘There’s A Kind Of Hush’ ‘Sweets for my Sweet’, ‘Needles and Pins’ and ‘When You Walk In The Room’ have graced the Australian airwaves for 50+ years, now fans will hear them on stage by the original artistes.