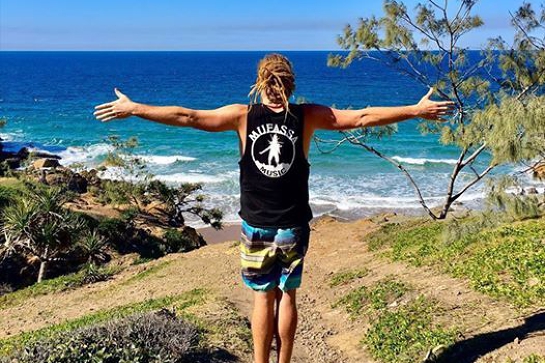 Described as having a calm and infectious nature, Sunshine Coast’s own ‘Organic Blues & Roots’ artist MUFASSA gets his inspiration from artists like Archie Roach & Paul Kelly, some of Australia’s greatest story tellers through music.

Over the past 4 years, MUFASSA has been refining his skills as a singer/songwriter/storyteller, while travelling the country and raising a family.

MUFASSA’s live show presents a mixture of travel inspired songs, including his debut single ‘Road To Exmouth’ a song written on the ukulele while on a journey from Perth to Exmouth in 2018, and ‘Rain on Me’ the most recent creation penned while travelling from East to West (QLD to WA) while Australia was being devastated by the ‘Black Summer’ fires.

Incorporating acoustic guitar, stomp box and harmonica with layering’s of cowbell, woodblock, shaker, tambourine and rain stick, MUFASSA also blends his unique coastal roots vibrations into his solo show, with a feature being his looping and 5-part vocal harmonies.

MUFASSA will be on the road from WA to QLD between April-October venturing across the top end of Aus.