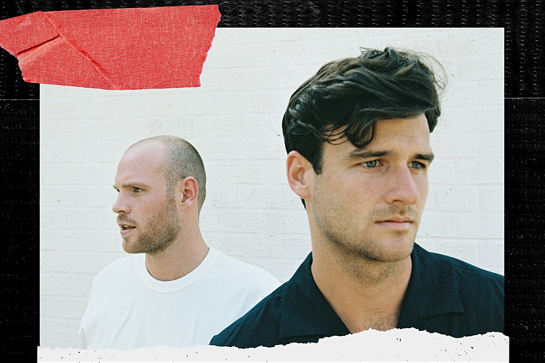 Genre-spanning duo Two Another bring the debut headline Australian tour to The Night Cat in May.

Sweat It Out and Niche are proud to welcome London/Amsterdam based producer duo, Two Another to Australia for their debut headline tour in the region. With a vast array of new genre-bending music on its way plus having released their latest single Another Night, as well as a number of releases from the last 12 months audiences are set for a run of memorable shows.

Born and raised in Sydney, Australia Two Another made up of Angus Campbell and Eliot Porter, have recently signed to homegrown label Sweat It Out, making a grand return following the release of their critically acclaimed 2018 debut LP Another Tape. Working with UK producer Utters (AlunaGeorge, Maverick Sabre, PREP), the band seamlessly blend R&B, Motown-era soul and contemporary electronic music.

Having met on the school grounds in their formative years, Angus and Eliot learnt from Australian music icons, Bag Raiders, and influenced by everyone from Pnau to Cut Copy, Tame Impala and Flight Facilities. Debuting in 2015 with their single Higher, the duo quickly made a name for themselves not only in Australia, but on a global platform with immediate support from esteemed curator Majestic Casual. Shortly after releasing their self titled EP, the duo earned praise from EARMILK, The Line Of Best Fit, and Hilly Dilly, and with the release of Keeping Me Under garnering over 20 million streams across platforms to date. With the subsequent release of their full length LP Another Tape in 2018, the duo solidified their status as one of the most exciting new Australian acts. The laidback collection of genre-spanning tracks, including standout singles Hoping You Changed and Coming Alive, received praise from the likes of Pigeons & Planes, and CLASH for its “vibrant and accomplished sonic poise, rich musical references and songs that are instantly infectious”, and has now gained more than 40 million streams across all platforms.

Catch Two Another across Australia in May, tickets on sale now via www.nicheproductions.com.au