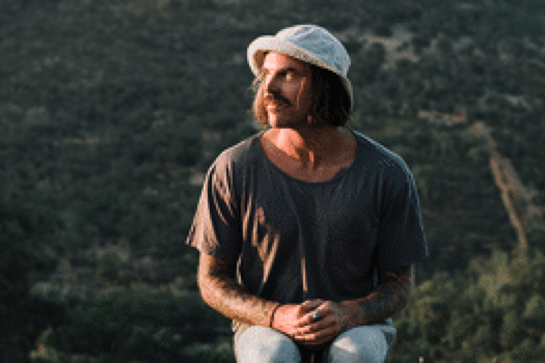 CANCELLED - 'She Came Back with Rainbows' Australian Tour - Jordy Maxwell

Jordy Maxwell plays The Rosemount Hotel this April for the first time! With the release of two new singles early this year ('As You Go' & 'She Came Back with Rainbows'), Jordy is bringing his "She Came Back with Rainbows" Tour all around Australia. As always, Jordy will bring his songs to life with vulnerable, sincere stories, coupled with a light heartedness and sense of humour so that no one knows what will happen next! Following the success of his "Hello, Goodbye" tour last October, Jordy can't wait to bring his new songs to life and share what promises to be one of the most special nights!

Jordy is an independent musician/electrician from Perth with feelings. Since playing his first show in 2017, Jordy’s stories and experiences continue to come to light through heartfelt lyrics and his soulful, raw voice.Though mostly a sunny and lively personality, Jordy can hold an audience with his mix of raw emotion and honest humour to accompany these endearing performances.

Jordys debut single "Blue Eyes" has been recognised all over the world, reaching surf brand "O'Neil" for their promotional videos as well as being featured in a short film, "Never Coming Home" by USA cinematographer, Connor Guest which has over 40,000 views on YouTube. With over 3 million streams on Spotify, Jordy’s music is gaining traction globally, promising exciting times ahead for the electrician from Perth.

Jordy will hit all the feels and have you laughing, crying and sometimes even dancing by the end of a show