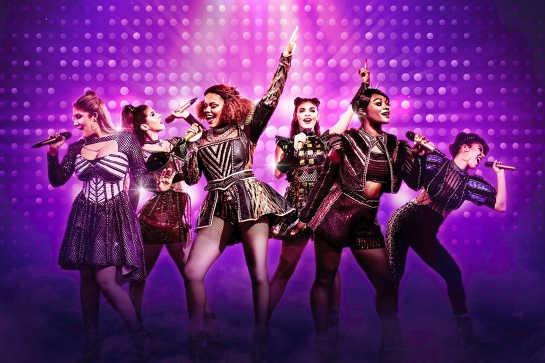 SIX, the global all female pop-concert musical, is the five-star phenomenon.
Critically acclaimed across the UK with a studio album storming up the UK pop charts, the sell-out intoxicating Tudor take-off continues.
From Tudor Queens to Pop Princesses, the six wives of Henry VIII take to the mic to tell their tales, remixing five hundred years of historical heartbreak into a 75-minute celebration of 21st century girl power. These Queens may have green sleeves but their lipstick is rebellious red.
The histo-remixed pop-concert musical by Toby Marlow and Lucy Moss comes to Melbourne’s Comedy Theatre April 2020.