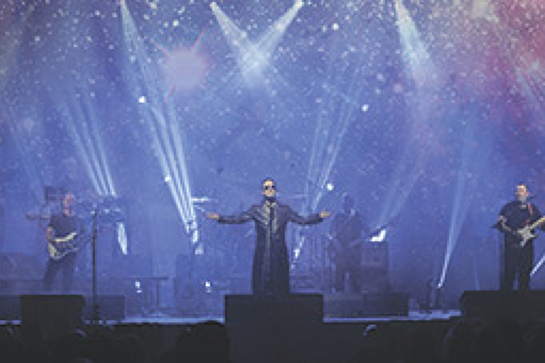 Audiences will be treated to an extensive exploration of the band's impressive catalogue as the gang from Echoes of Pink Floyd plays all of Pink Floyd's biggest smash hits, as well as some lovingly hand-picked deep album cuts designed to please the most committed of hard-core fans.

The Adelaide-based tribute has been touring nationally since 2014, with audiences describing the show as "amazingly awesome" and "a musical and visual journey that never disappoints", whilst also likening them to "the original band".

Echoes of Pink Floyd has also achieved critical acclaim with the music press describing them as "the next best thing to a genuine Floyd experience" [Bendigo Weekly], "a skilful celebration of the source material" [Upside News - Adelaide] and "a true credit to the original musicians" [Rogue Inc - Perth].