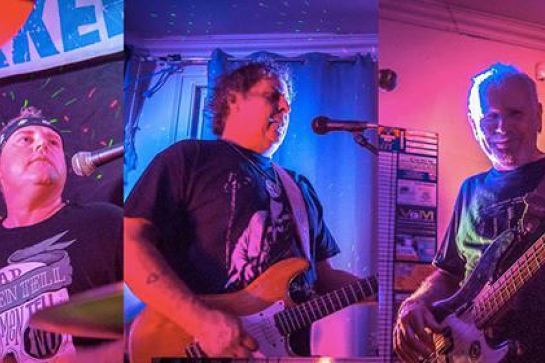 The Icebreakers are a good time party band mixing Texan style blues with Chuck Berry rock and roll and have played music on the Mid North Coast for the last 30 years.

"The Ice Breakers" feature Geoff Littlemore as lead guitarist and singer. He and John Black formed the Ice Breakers during the 90's playing a consistent circuit of local pubs, large bike shows and many legendary parties, weddings, community markets and supportive environmental campaigns.

Geoff has also played in bands under his own name and is known for his exemplary skill on the fret board from Kempsey to Woolgoolga. John Black, the bass player has played with many local bands including "The Noise Boys" and "Dingo Creek". He has run a sound production company called Thunderground Sound. Brett on drums has been playing for many years and loves old rock and roll, modern blues, calypso, dance hall, back beat and jazz. He is a very tight drummer.