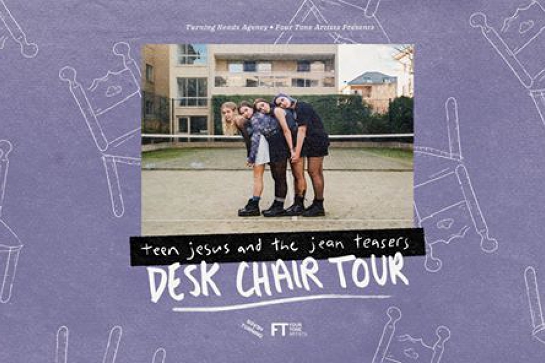 ?Teen Jesus and the Jean Teasers rapidly built up a name for themselves after coming through Triple j Unearthed High.

Breaking away from the power-pop style from their latest EP, Teen Jesus and the Jean Teasers are growing up; and so is their sound. After taking a break in 2018 to finish up their schooling, the girls released their new single as a 4 piece band “I Like That You Like That” influenced by the 90’s alt-rock era. Following is their newest release - “See You In A Bit (I Still Care)”, a song that reflects on love-hate relationships with the same gritty grunge style.

Hold on tight because the girls are coming back with a power-pop vengeance. ???????