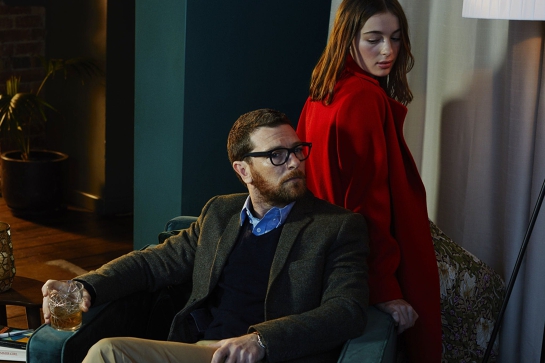 Sexual Misconduct of the Middle Classes

Jon is a prize-winning novelist who wants more out of life. His third marriage is going about as well as his first two, and he’s stuck at university teaching creative writing to lazy undergraduates. He's a good teacher, but there’s really only one student worth his time. Annie is clever, imaginative, and a huge fan of his work. One afternoon, Jon catches himself admiring Annie in her red coat, and very soon it feels like their affair was destined from the start. But when the embers have cooled and the affair is over, will he be able to control their narrative?
Award-winning Canadian writer Hannah Moscovitch exploded onto the international theatre scene in 2005, and has taken New York by storm with her fiery wit and unique talent for shock and awe. In this Australian Premiere, Moscovitch takes the archetypal student-teacher romance genre and turns it completely on its head in a fascinating drama on contemporary gender politics.
Petra Kalive (Hungry Ghosts) directs this powerful story about the dangers of desire and privilege starring Dan Spielman (The Code).