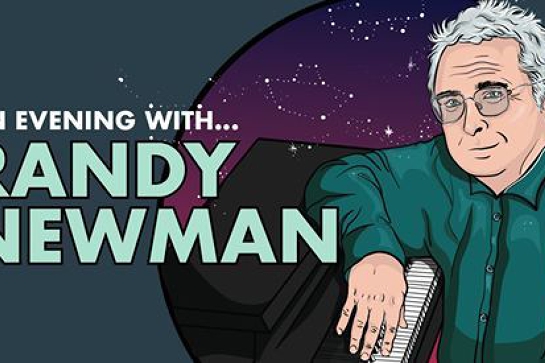 An Evening with Randy Newman at Canberra Theatre Centre

With a career spanning five decades, a catalogue of songs that run the gamut from heartbreaking to satirical, plus a host of unforgettable film scores, Randy Newman is a cultural icon, a “national treasure” (NPR).

“Few songwriters can cut to the quick the way Newman does. He remains a great American songbook unto himself.” – The Guardian

Since 1968, Newman has released a slew of solo records, most recently 2017’s critically acclaimed Dark Matter, which includes the Grammy Award-winning track ‘Putin’. His legendary repertoire includes ‘Short People’, ‘You Can Leave Your Hat On’, ‘I Love LA’, ‘Sail Away’, ‘Mama Told Me (Not To Come)’ to name a few.

Newman’s impressive, prolific talent has also seen him score all four Toy Story films, along with feature pictures Monsters Inc. and Monsters University, Seabiscuit, Cars, A Bug’s Life and Meet The Parents amongst others. In 2018 he collaborated with Rex Orange County on his version of Newman’s ‘You’ve Got A Friend In Me’, and in 2019, in addition to Toy Story 4, he collaborated with Chance The Rapper on ‘5 Year Plan’ for the album The Big Day.

Randy Newman’s incredible list of accolades includes seven Grammys, three Emmys, and two Academy Awards (from an incredible twenty nominations), as well as a star on the Hollywood Walk of Fame. He was inducted into the Songwriters Hall of Fame in 2002 and the Rock and Roll Hall of Fame in 2013.

An Evening with Randy Newman promises to be a magical night, a taste of a storied career that has brought joy to generations. Australian audiences are in for a treat when this legend touches down in January.

PLEASE NOTE: Post approval is turned on for this Facebook event – any posts related to reselling tickets will not be approved. We strongly recommend only purchasing through the authorised ticketing agency listed in the description of this Facebook event.