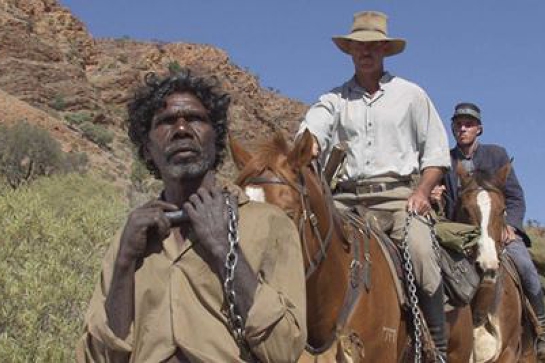 David Gulpilil won Best Actor at the AFI / AACTA Awards for his extraordinary portrayal of an experienced Indigenous tracker, accompanying a group of police officers on the hunt for an Aboriginal man accused of killing a white woman.

The film explores themes of systemic racism and bigotry, and its depiction of pioneer Australia differs significantly from other Westerns that tend to foreground the heroism of the outback.

The film's more violent moments are intercut with images by the painter Peter Coad. Lyrics, written by de Heer, are performed by Archie Roach and form the basis of the film's soundtrack.

The Tracker is a must-see film on the big screen that is sure to provoke a response in the viewer.

‘An imposing film that tackles a serious theme with dignity and even audacity and that features production values of the highest quality’ – David Stratton, Variety

‘A painting brought to life, The Tracker is an enigmatic visual essay set on a vast Australian landscape’ – Urban Cinefile