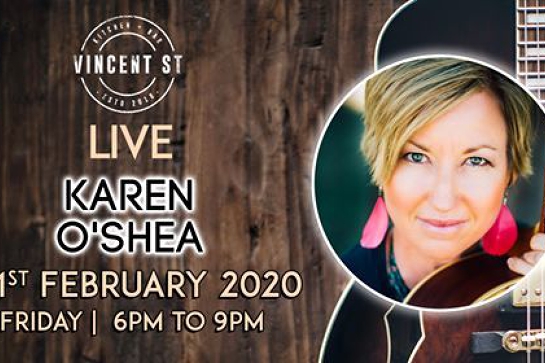 Karen O’Shea has been mesmerising her audiences with her amazing vocal talents since an early age. Originally from Darwin, she’s worked professionally since leaving school. Diversity has become a signature of Karen, having sung a variety of genres from jazz, 50’s, 60’s rock’n’roll through to songs from Chaka Khan, Roxette, Earth Wind and Fire, James Brown, Fleetwood Mac, Carol King, Eva Cassidy and into the popular artists of today such as Pink, Ed Sheeran, Colbie Caillat, Taylor Swift, Megan Trainor as well as country artists such as Linda Ronstadt, Martina McBride, Trisha Yearwood, Shania Twain, Dolly, Eagles, Keith Urban just to name a few.