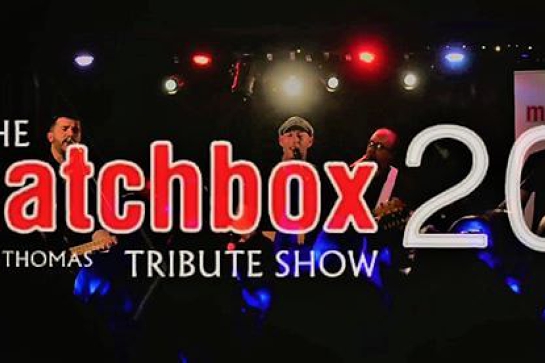 Matchbox Twenty is recognised internationally as one of the most popular and successful bands to emerge since the late 1990’s. From the enormous success of their debut album, ‘Yourself or Someone Like You’ in 1996, which went platinum 8 times in Australia, Matchbox Twenty has established a huge Australian fan base, with countless sell out tours. Their popularity is even further enhanced with the solo career of front man ‘Rob Thomas’ who himself has earned 3 Grammy awards, 11 BMI awards and twice named Billboard’s Songwriter of the year.

With a huge list of charted songs from 5 albums and Rob Thomas solo career including the NEW 2019 release “ One less day “ , The Matchbox 20 & Rob Thomas Tribute Show re creates a truly incredible live show that will leave you amazed. Passionate and catchy songs from ‘ 3 AM ’ to ‘ Real World ’ with a decade of material in between. All songs are popular, well known and constantly on the radio to ensure a great nights entertainment. The music of Matchbox Twenty also has wide audience appeal with respect to age and gender and an amazing lineup of singers & musicians guarantee’s an incredible tribute show.