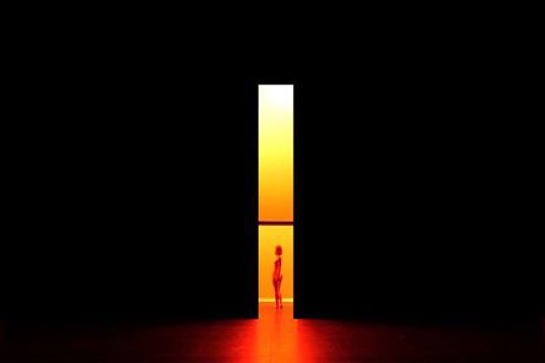 SEER by House of Vnholy

From immersive interruptions that capture the mind, to synaesthetic voyages beyond the boundaries of the body, Spectral: Live takes you into the spaces between sound and light. With a night of performances from local and international artists, this gig was the sold-out hit of last year's Arts House calendar: this year’s edition won't be quickly forgotten.

House of Vnholy will be no stranger to those with an interest in the cutting edge of experimental performance, and for Spectral: Live the pioneering outfit presents SEER. A visually stunning and haunting performance of the afterlife, SEER is a poetic meditation on the rituals of death and dying. House of Vnholy’s trademark sculptural light and video installation are accompanied by a sound composition by 2019 Spectral artist Jannah Quill and the haunting live soprano voice of Judith Dodsworth for a one-off experience of epic spectacle.

Bridging the gulf between the aural, visual and physical, Robert Curgenven and Kat McDowall's new sound and light work AGENESIS explores our embodied response to sound.

Robert’s works and installations have graced esteemed venues across the globe, from the National Gallery of Australia to Palazzo Grassi in Venice. The Ireland-based, Australian-born artist has performed at festivals in Berlin, Amsterdam, Budapest and beyond. His live performances explore sound’s relationship to architectural contexts, weather and the physical transmission of sound through air.

Warning: This show is standing only. Limited seating provided.

Spectral: Live is part of Spectral: a series of installations and performances that dive into the spaces between sound and light.

Created by House of Vnholy

Supported by – the City of Melbourne through Arts House

SEER was previously a performance installation for one person at a time that premiered at the 2018 Next Wave Festival. Co-commissioned by Next Wave and Darebin Arts, SEER opened to a sold out season in the theatre at Darebin Arts Centre.