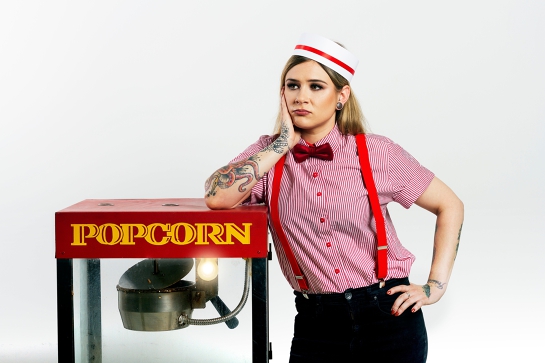 Bella Green Is Charging For It

Fresh from a sold-out season at Melbourne International Comedy Festival and a nomination for Best Comedy at Melbourne Fringe 2018, comedian, writer and sex worker Bella Green is bringing her smash hit stand-up comedy show Bella Green Is Charging For It to Adelaide Fringe for the first time.
Bella has worked in brothels and strip clubs, peepshows and dungeons, massage parlours and adult shops, but her most degrading job of all was the three months she spent in a call centre for a big four bank. This show will answer all the questions you never thought to ask about sex work. Like why is paying for sex so similar to ordering a salad? What really goes on in a peepshow? And how can you get away with wearing Uggs while being a cold, hard dominatrix?
Join Bella for an hour of stand-up in the surprisingly mundane but always hilarious world of sex work, where the heels are high, the carpet is sticky and the customer is probably wrong. Directed by Anna Piper Scott (Golden Gibbo Nominee 2018, Best Comedy Nominee Melbourne Fringe 2019).