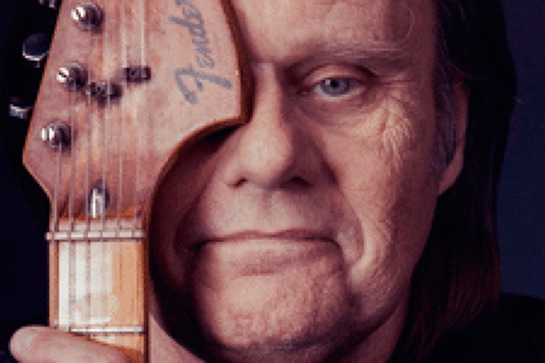 With a mantra like that - it’s guaranteed that a Walter Trout live show will be unforgettable. Adelaide music fans can now grab their chance to see this living legend of the international Blues scene perform live in their city. Thanks to Gerrard Allman Events, Walter Trout and his band will be playing one night only at The Gov on Thursday April 16.

In a world full of people hoping for a miracle, Walter Trout is a man that got one, and earned at least another. Having rebounded from near-fatal liver disease in 2013, the American blues guitarist and singer-songwriter has a new lease on life, and a fiery resolve to continue to live that life to the fullest. For over five decades, Walter Trout has performed to adoring fans worldwide and is referred to as the beating heart of the modern blues-rock scene.

From his early days with acclaimed bands Canned Heat and John Mayall & The Bluesbreakers, Trout has gone on to forge his own celebrated and influential career; becoming a revered, much loved and integral part of the international blues music scene in the process. The list of icons that have inspired Walter’s work include BB King, John Mayall, Chuck Berry and countless more; while he himself inspired Joe Bonamassa and numerous others. Sober for three decades, Trout’s well-earned blues are leavened by his lust for life, and great taste in music.

A masterful and passionate musician, Walter Trout and his band have delivered tour de force performances around the globe for decades. With one miracle already under his belt, this is a live show Adelaide blues music lovers should definitely not miss.

18+ Event, Under 18's admitted with Parent or Legal Guardian.