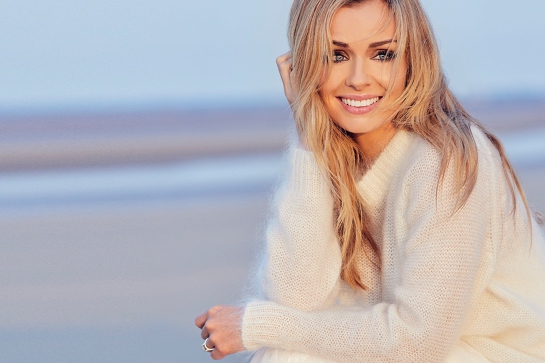 Having performed in some of the most iconic venues around the world, multi-award winning performer Katherine Jenkins will soon add two New Zealand dates to the list, a handful of prestigious theatres in Australia and New Zealand to the list, with Auckland and Christchurch show dates announced for November.
This is a long awaited return for this much celebrated artist, who was last in Australia and New Zealand with Plácido Domingo performing arena shows in 2011.
Britain’s best-selling classical artist of the past 25 years, who first came to public attention when she sang at Westminster Cathedral, honouring Pope John Paul II’s silver jubilee in 2003, will land in New Zealand in November, after a short run of shows in Australia. Katherine Jenkins will perform at Christchurch’s Isaac Theatre Royal on November 12 and Auckland’s ASB Theatre on November 13.
Since becoming an international name, Katherine Jenkins has gone on to release 11 critically acclaimed studio albums, perform for the troops in Afghanistan, receive the Order of the British Empire (OBE) and numerous music awards, solidifying herself as one of the world’s most prolific crossover artists.