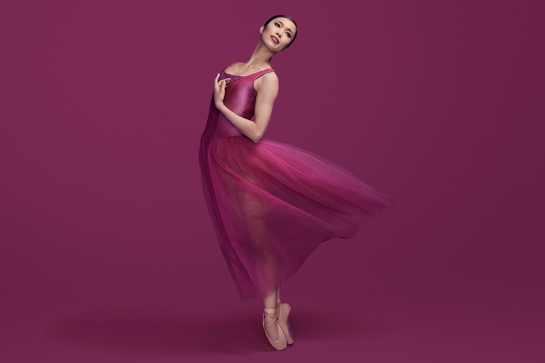 Drama, laughter and pure physical power: Molto offers two works by resident choreographers Stephen Baynes and Tim Harbour and one by Frederick Ashton, a giant of 20th-century dance.
Ashton’s A Month in the Country, draws the lines of desire between its four main characters with a deft and delicate hand. Natalia, bored with her marriage, first encourages the attentions of an older admirer before falling wildly in love with her son’s tutor – as does her young ward Vera. The music of Chopin and Julia Trevelyan Oman’s rich design beautifully frame Ashton’s eloquent, passionate pas de deux.
Tim Harbour’s Squander and Glory is set to Michael Gordon’s Weather One and its lightning-fast, complex movement for 14 dancers, multiplied to 28 by architect Kelvin Ho’s sleek mirrored set, plays with ideas of excess energy, pressure and release.
Stephen Baynes’ Molto Vivace is a light-hearted look at folly and flirting, complete with streetwise cupids and a design that goes from pristine white to neon bright. The music of Handel provides the perfect accompaniment to both the madcap humour and the transcendent final pas de deux.
This diverse trio of stellar works will tick all your ballet boxes.