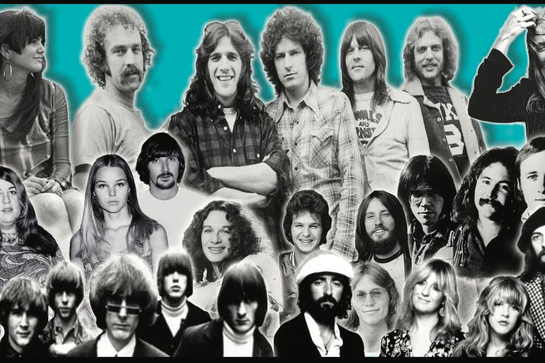 Anyone who digs the brilliant sounds of California in the 1970’s will dig LAUREL CANYON.

Nestled in the Hollywood Hills of Los Angeles, Laurel Canyon became the birthplace of some of the greatest artists of the 1970’s rock era. Legendary Musicians like Fleetwood Mac, Linda Ronstadt, Neil Young, The Eagles, Carole King, James Taylor, Jackson Browne, Crosby Stills & Nash, America, The Byrds, The Mamas & the Papas and Joni Mitchell, all made their homes in this rustic melting pot of good vibes and great music.

Recreating the genius of that time and place is the South Australian five-piece band, LAUREL CANYON. With four excellent singers, a killer repertoire, sumptuous harmonies and a rock-solid rhythm section, LAUREL CANYON will thrill you!

STUART DAY – vocals, guitar. A singer and songwriter with many bands including FAB, Blue Katz, The Beggars and SA Hall of Fame band. Also performs as Young Neil: The Neil Young tribute.

QUINTON DUNNE – vocals, bass. Another versatile musician with years of experience in The Beggars, Morpheus, Swanee and SA Hall of Fame band. Toured in 1990’s with the Seekers.

Anyone who digs the brilliant sounds of California in the 1970’s will dig LAUREL CANYON.

Supported by the trio line up ‘Bonnie & the BoyZ!’ bringing you more fabulous Hits of the ‘70s.