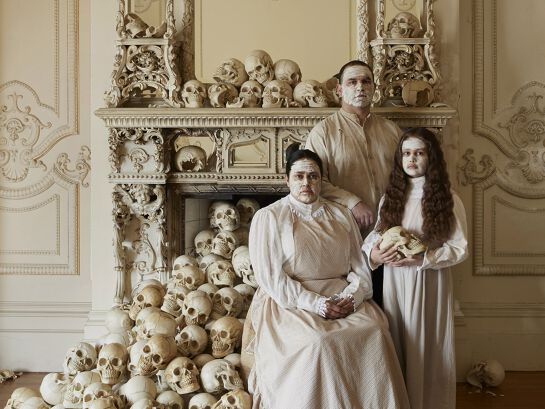 From trophies of delusion to redemption.
Once considered ‘exotic’ trophies of antiquity, the bodily remains of Indigenous men, women and children served scientific theories of evolution and were prized objects displayed on mantelpieces. In the cover of darkness, grave robbers would pillage burial grounds, to sell Ancestral remains to the highest bidder. Thousands were sold.
Today, they are still locked away. Some are on display in museums, while others are hidden deep within the bowels of museums, universities and would rather forget. But now it is time to bring our people back to country.
Through an epic story spanning 250 years, writer John Harvey (Heart is a Wasteland) draws you in with untold perspectives of macabre true histories and false justifications. In a directorial debut, Jason Tamiru joins forces with our Artistic Director Matthew Lutton for this immersive theatrical event that will give rise to how the repatriation of Ancestors can bring us closer to homecoming and healing.