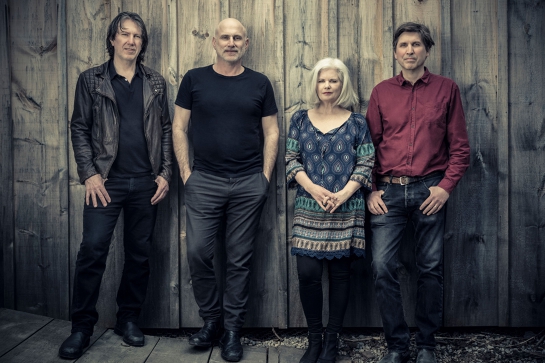 An Evening with Cowboy Junkies

Canadian alt-country pioneers Cowboy Junkies will return to Australia and New Zealand for the first time in 20 years in May next year.
Anyone who has followed Cowboy Junkies' three-decade-long journey knows the band have always remained true to their unique artistic vision. Formed in Toronto in 1985 with siblings Michael Timmins on guitar, Margo Timmins on vocals, Peter Timmins on drums and Michael’s lifelong friend Alan Anton on bass, the group have never had a break-up or taken a hiatus. They've never even endured a lineup change. They have created a critically-acclaimed body of work that has endeared them to an audience unwavering in its loyalty and which is ripe for discovery by those who may have lost track along the way or indeed who are new to the group's charm.
The band first proved that there was an audience waiting for something quiet, beautiful and reflective in 1988 with their second album, 'The Trinity Session'. The record was like a whisper that cut through the noise with its introspective, quiet intensity.
See Eventfinda for more information.